Pure Spirit is so honored to have been chosen as the official dog trainer for the Children’s Theatre Company’s production of ANNIE. Directed by Peter Rothstein (Theater Latte Da) and choreographed by Michael Matthew Farrell, it was such a thrill to be part of such a quality production.

We worked with two different dogs for the role of Sandy. Wyatt, an Airedale-mix belonged to Cindy Jensen and Tulip, a Wheaton-mix belonged to Linda Carlson. Both dogs were rescues that found homes with these dedicated and loving families. And for this job the families had to be dedicated!

We had about 3 weeks of training before ‘tech week’ to teach the dogs about 12 tricks and acclimate them to the different handlers that would be working with them on and off stage.

The dogs had to get used to a variety of atypical circumstances, sounds and lights.

Some of the unusual things the dogs had to get used to included: 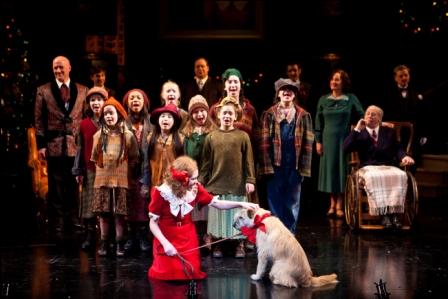 All of the time and energy was worth it!  The show was a smashing success!  It played to a sold-out house nearly every performance and the run was extended a week beyond the original plan.

I can't thank Cindy (and Wyatt) and Linda (and Tulip) enough for their dedication and commitment to making the performance of live dogs on stage a good one!  And thanks to CTC for giving us a chance, after all it would probably have been easier to use a child in a dog costume. (But the thrill for the audience of seeing the live dog on stage wouldn't have been quite the same!)

The cast and crew of this show were absolutely amazing. It’s incredible the dedication, emotion and talent that goes into a show like this.  Children’s Theatre Company does some amazing things with the kids and their education programs bring so much to aspiring young actors.

Do you want a 'leading man' in your life? Check out Truman!  He needs a home and he auditioned for the role of Sandy, too!

Thanks to Dan Norman (www.danorm.com) for the wonderful images. 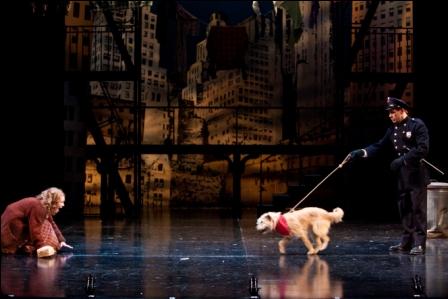 Help is on the way

Do you know someone who could use our services?  Get help now!